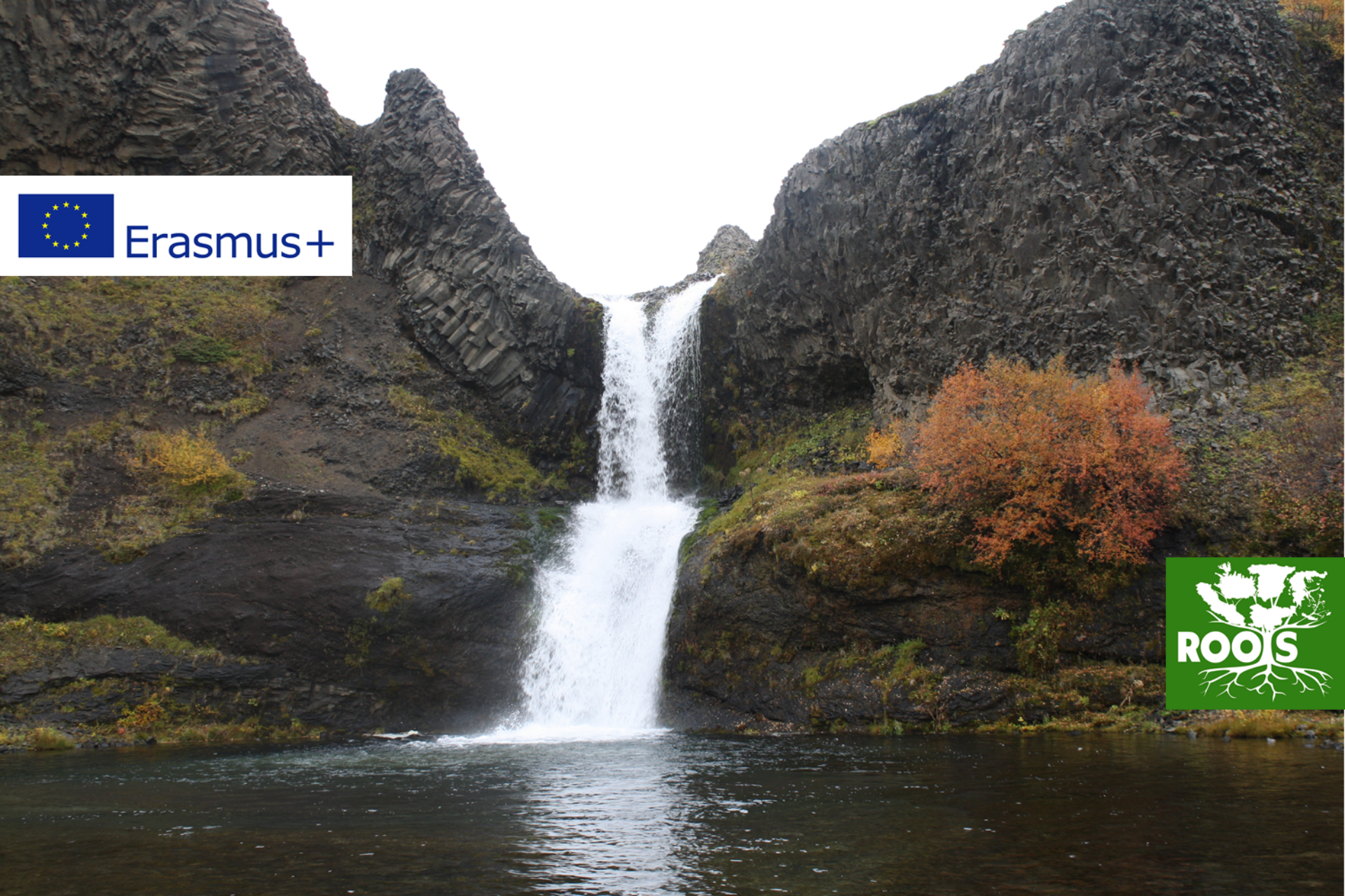 These are words of Tara from the visit to Sweden…

For the sake of being  aware of my existence, I say the words:  “I’m here”  three times a day. Sometimes they are accompanied by me jumping high in the air or stretching my arms, my back and neck. Usually just with a  gaze in the nothingness in front of me. I do not hear anyone or anything then, I understand the essence and the short duration of the moment. I do not believe in words then, they are not important. The described is a special kind of silence accompanied by a warm feeling  which is like an invisible energy climbing my body like a mountain.

On 23rd March 2019, I ascended the Norwegian border, walked across it and to the top of the mountain under which it is stationed. I was a participant in the Erasmus+ KA2 ROOTS project in Sweden, more precisely in Grövelsjön.  With cross-country skis and a full backpack of beginner luck, I followed the column of students and teachers in front of me. Together, we slowly overcame the flatlands, the valleys and the unmatched length amount of the path upwards. When crossing the tree line, we saw a fence made out of wood and iron in the distance, which served as a milestone among the countries. When the goal was on the horizon, the rhythm of the column increased twice, at least.  Soon, the fence could be touched and we stood on Norwegian ground. All I could do was adore the exceptional view of the walked path below us and the landscape it was surrounded with. The abundance of bodies around me that had been shivering with cold, were proud of themselves, so was I, it could be noticed in the only part of our body peeping out of ski jumpsuits, our eyes. The sun was additionally illuminating the white landscape and it extended the impression of the height and beauty of the widespread altitudes. It was difficult to notice a cloud. After a short stop for admiration the bravest  of us continued our way and ascended the very top.

What I did there was I stared straight at the white in front of me, and then into the colorless vague part, which began to blend with the blue of the sky. I looked down at the floor. I still remember the shade of the stones, especially how it differed from the surroundings. Despite all the cold, warm energy was climbing through my body.  Without saying the words, I was there.  Without having to jump high in the air, or stretching my arms, my back and neck. Without having to scream in to the void of the distance. I was there, like I had been nowhere else before, I was mute like I had never learned how to speak. I do not doubt for a second that the essence danced lightly in front of my eyes.